My 6-year-old boy has developed pubic hair. Should I be concerned? 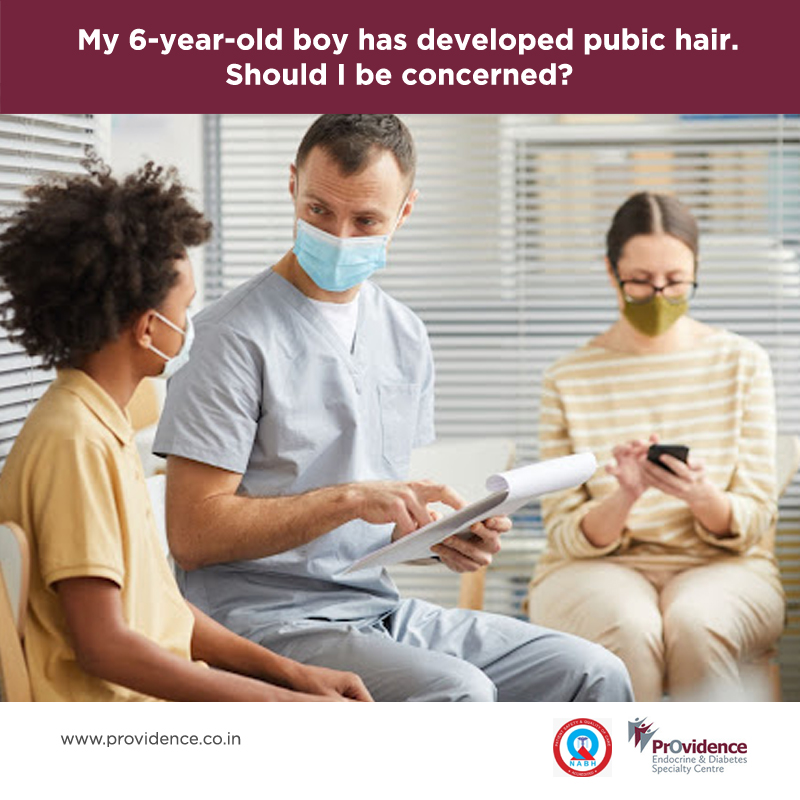 In boys, puberty generally starts between ages 11 to 14. However, it could start anytime after nine years of age. The first sign of puberty in boys is the enlargement of the testes. However, this is rarely noticeable from the outside. Later the pubic hair starts to appear.
Gradually the penis starts becoming more prominent, and thicker pubic hairs start appearing. Later the underarm hairs begin to grow, and the voice deepens. It is common to have acne at this stage. At this stage, growth spurts occur and boys grow distinctly faster. Later, hair develops over the face and the chest. Most boys would complete the pubertal growth by 18 years of age.
If you notice any signs of puberty below nine years in a boy, it merits a visit to an endocrinologist. The investigations are directed at the causes of increased androgen (male hormone) production. Increased androgen production could be from the testes (directly or triggered by the pituitary ) or the adrenal glands.