My 8-year-old daughter has breast development. Is it abnormal? 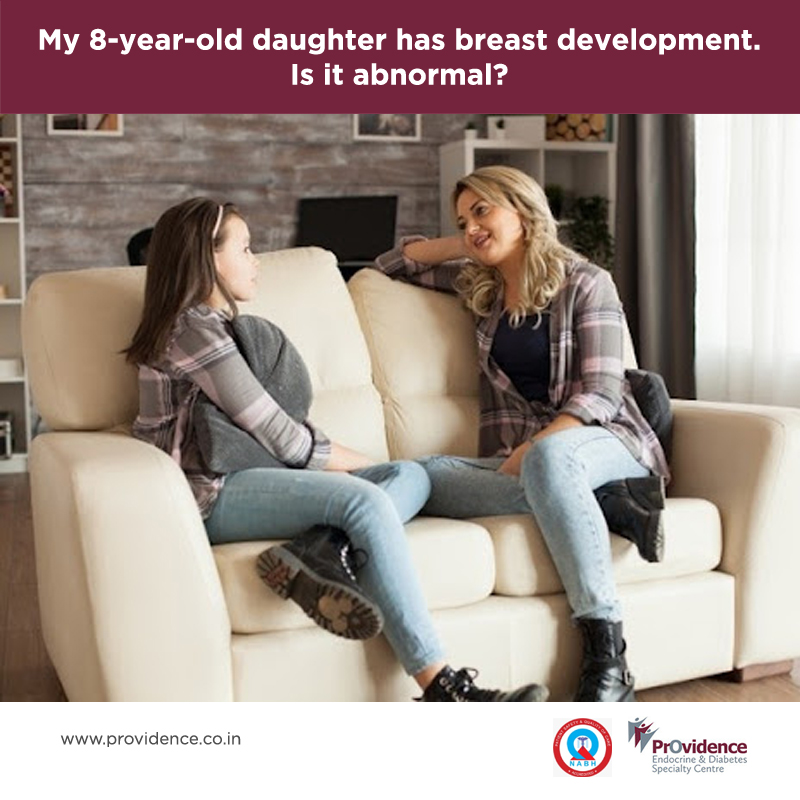 Girls generally attain puberty between the ages of 10 and 14. But in some children, these changes can normally occur earlier too. The first sign of puberty in girls is that their breasts begin to develop. This is followed by the appearance of pubic hair. In addition, some girls may notice more hair on their legs and arms. Around two years after beginning puberty, girls usually have their first menstrual period. After that, girls go through a growth spurt – from the time their periods start, girls grow 5 to 7.5cm (2 to 3 inches) annually over the next year or two, then reach their adult height.
Most commonly, especially in girls, early puberty is due to the brain sending signals earlier than it should. There is no other underlying medical problem or trigger. This also can often run in families. Less often, early puberty stems from a more serious problem in areas in the brain responsible for the timing and occurrence of puberty (Pituitary and Hypothalamus. This could be due to a tumour or trauma. Thyroid or ovarian problems also can trigger early puberty.
Girls who show signs of puberty before the age of 8 should consult an endocrinologist for evaluation. To diagnose early puberty, the doctor may order blood tests to look for high levels of sex hormones. In addition, X-rays of your child’s wrist and hand can show whether the bones are maturing too early. Rarely, imaging tests such as MRIs and ultrasound studies are done to rule out uncommon causes of early puberty, such as a tumour in the brain or ovary.