What are the new injectable medicines in type 2 diabetes? 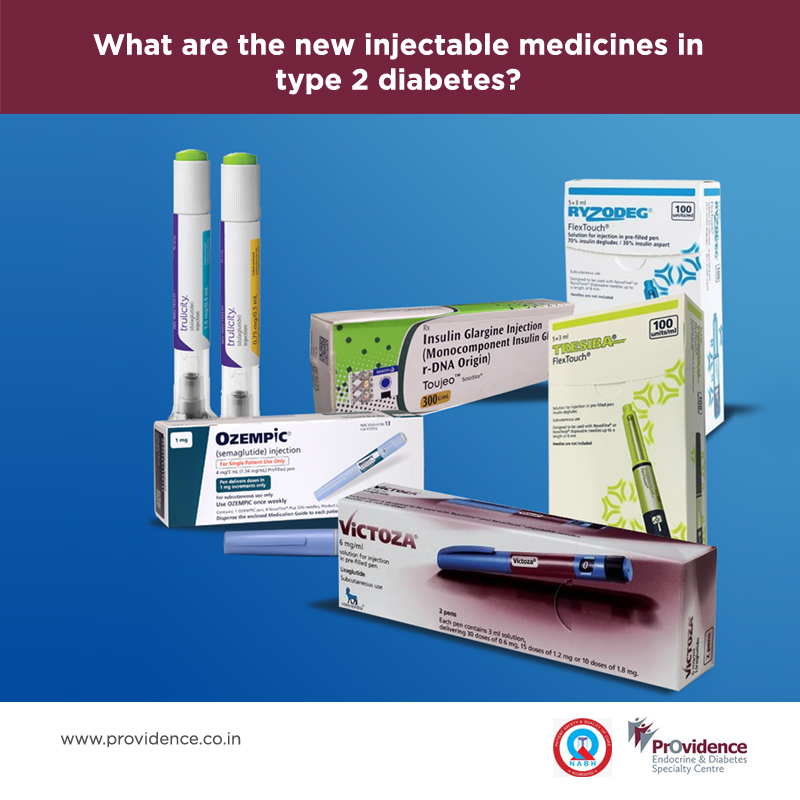 Injectable drugs are essential in the management of diabetes. This includes various forms of insulin and a relatively new class of molecules called GLP-1RA analogs.
For insulin, we now have short-acting (e.g., Aspart, Lispro, Glulisine) and ultrashort acting analogs (e.g., FiAsp), which act much faster than traditional human insulin and control the glucose levels after meals. We also have modern insulins like Degludec and U300 Glargine, which act beyond 24 hours). Although not available for clinical use, once-weekly insulin (ICODEC) is also available in research.

GLP-1RA is a class of injectable medicines in diabetes that are available as once-daily and once-weekly injections. They stimulate the pancreas to produce more insulin and suppress glucagon production. Once weekly injections called Dulaglutide (Trulicity) and once-daily injections called Liraglutide (Victoza) have heart and kidney protection in addition to lowering glucose levels. One of these molecules, called Semaglutide, is available as a once-weekly injection and for daily oral use. Tirzapatide is a new molecule in research that combines the actions of GLP-1 and GIP. It produces more glucose-lowering and weight loss than GLP-1RA.

Some injections combine both a GLP-1RA and long-acting insulin. They are called IDegLira (Xultophy) and IGlarLixi (Soliqua). IDegLira is available in India.